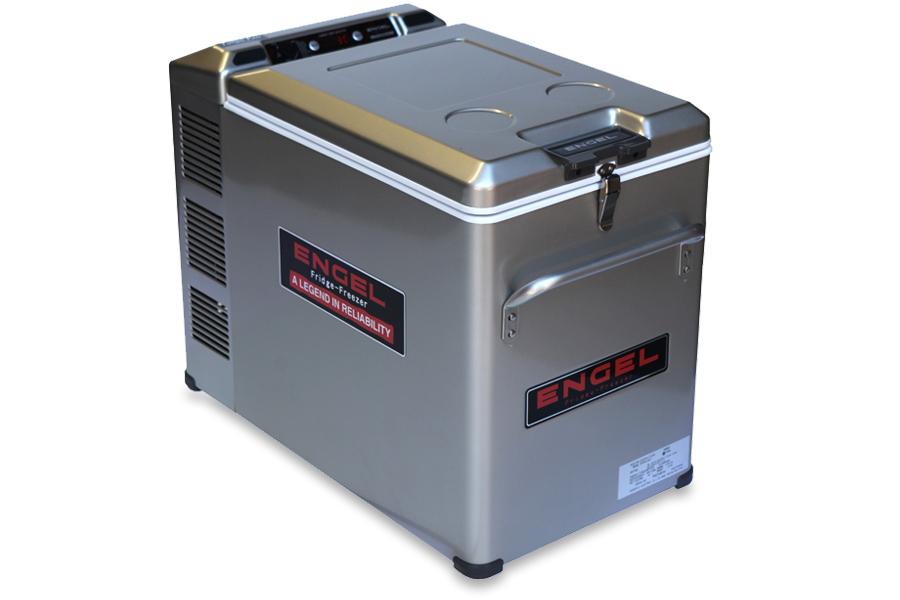 FRIDGES
Here we are talking 12Volt compressor mini car fridge 12v, and this is one of the most tricky items to pin down in terms of power draw. But because it’s also the biggest power draw in most 12Volt systems it’s really important that we get this one right. (The article on Fridges has more info on non-compressor fridges that run on gas and the little cooler/warmers).
Manufacturers of fridges tend to use test conditions that will show their products in the best possible light. So tests with fridge temperatures of 5°C and ambient temperatures under 30°C are quite common. These are however very seldom the temperatures us average campers come across – unless you like warm beer and travel only in mid-spring and mid-autumn. The tests also don’t specify how often the fridge is opened and closed – maybe they just keep it closed while testing to minimise current draw – who knows?
TESTS ON CHEST FRIDGES
Anyway, the figures in the table here are based on actual tests I did of typical 12Volt camping fridges available in Australia. We used both the Engel range and Waeco-CFX range of fridges side-by-side. They were tested over a number of months, including summer conditions with ambient temperatures above 35°C, and the interior temperature setting was -5°C[3]. We ran two types of tests – fridges left closed, and fridges loaded every 24 hours with up to 12 litres of room-temperature water – this gave us a whole range of power consumption figures which mimic the way in which us campers typically use fridges in real life.