The Charger comes with Alameda Twin 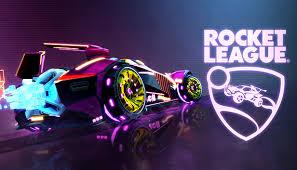 Several months ago, the video game developer Psyonix included The Fate of the Furious DLC for Rocket League that included the character Dominic Toretto Dodge Ice Charger from the aforementioned movie. Now, the company is announcing that even more expansion materials from the action film franchise are being brought to the vehicular soccer title, as it has revealed that two new cars are on the way in just a week time.

As seen below in Rocket League trailer for its Fast & Furious DLC, both of the new cars are going to be based on vehicles from the early days of the action movie series. To be specific, from The Fast and the Furious, players are going to receive the 1970 Dodge Charger R/T, and from the sequel known as 2 Fast 2 Furious, avid fans of the sports video game will get the 1999 Nissan Skyline GT-R R34.For those wondering what kind of details these vehicles will boast in Rocket League, both come with a new set of wheels and six unique decals. The Charger comes with Alameda Twin, Flames, Good Graces, Rally, Sinclair, and Wheelman, while the Skyline comes with 2Bold, 2Cool, 2Tuff, Clean Cut, The Clutch, and Home Stretch.