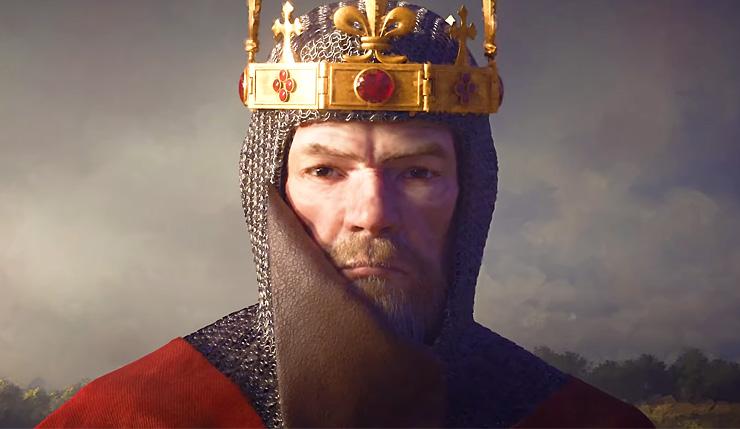 Beautiful, awful randomly generated poetry is coming to Medieval grand strategy game Crusader Kings 3 as part of its next update, and players will even be able to torture enemies into submission with the very worst of their verse.

In the most recent Dev Diary, the CK3 team revealed that there would be an upcoming patch called “Azure” that will be released at some point in the early summer and will be followed pretty closely by a major expansion. Unfortunately, at this point, there are virtually no confirmed details about what the first major expansion to CK3 will be based around. However, we think we can make a decent guess. As the last patch, “Corvus” was related to the DLC “Northern Lords”, the next patch, “Azure” may be suggestive of what the expansion expected this July or August would be about.

As well as the reported changes around same-sex relationships, Azure will also be looking at improving trait interaction with the stress mechanic, along with improvements to AI behaviour in warfare. For example, characters with the ‘shy’ trait will no longer generate stress when launching a personal scheme, and ‘diligent’ characters will get a new decision where they can give their capital a development buff, but it will cost them additional stress. There are some non-stress related trait improvements as well, such as ‘arbitrary’ characters being able to dismiss hooks others have on them for a prestige hit and some tyranny.

Poetry will be making its way to Crusader Kings 3 in the game's upcoming 1.3 patch, which also introduces winter as a gameplay mechanic and brings various other additions - including the ability to wear the pope's hat - as detailed in Paradox's latest post.

Depending on whether there are any leaks or not (there probably won’t be), we likely will not know more about the next expansion until PDXCon Remixed on May 21st – 23rd. But don’t be disappointed. Instead, you should sign up as this event is both free to attend and digital (meaning you can join in from home, with no travel required)! It’s also been suggested that during PDXCon this May, we may find out about the next game Paradox will be released, and based on the online speculation, it appears likely that it will be Victoria 3.